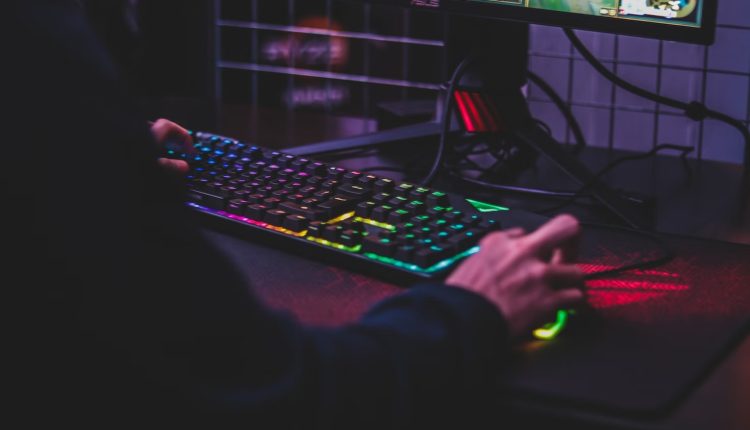 The modern world has driven us towards technology for everything. We’ve seen technology deployed in the medical sector, but it is in entertainment where the biggest impact is felt.

This is demonstrated by the thriving global online gaming industry. It is estimated that more than three billion people play video games, with 60% of those playing online at some point. That’s just the tip of the online gaming iceberg – if you’re someone who has never picked up a PlayStation controller, but does the Wordle every day, then you’re an online gamer. Also, you might be one of the many people playing poker online and indulging in other iGaming pursuits. This is a growing sector, up year-on-year in the United States, which is driving people to their screens and keeping them there. Bear in mind the online poker industry is regulated to such an extent it can only be accessed in five states, yet it is a significant player in the iGaming sector.

Essentially, more people than ever before are going all-in with online gaming, but it brings some serious health concerns. Gamers are sedentary for much of the time, and some sessions can last hours; online poker players can play multiple tables and have to be committed to turn a profit, whilst people playing Fortnite with friends will often be there for hours. If more than three billion people are exposing themselves to the risks of extended game time, risks that include heart disease, sleep deprivation, insomnia and circadian rhythm disorders, then there is a looming crisis on the horizon.

That’s why you can get ahead of the curve as an online gamer and follow these simple rules to make your sessions healthier and safer.

Taking regular breaks is the key to staying fit and still playing games online. Most games have a natural breaking point, for instance, the end of a round on Call of Duty or when you finish a long hand at poker. Instead of jumping back into a new game, players should stand up, maybe walk to the fridge and stretch their legs as a bare minimum.

It might be even better to have a mini routine, such as squats or press-ups, to get the blood pumping. Many health problems associated with online gaming result from poor blood circulation, and a quick break will alleviate that risk, although not completely eradicate it.

One trap many online gamers fall into is poor nutrition. They think prolonged spells at their screens mean a need for energy drinks and lots of sugar, but it is a fallacy; it can have the opposite effect. Energy drinks often contain a lot of caffeine, making you anxious and adversely affecting your performance. Easy snacks, such as chips, will only exasperate the lack of exercise and further obesity risks.

Instead, gamers should look to have plenty of water to keep hydrated – it’s even better if it’s kept in the fridge and you have to walk to fetch it between those poker hands. Regarding snacks, nuts, pulses, and berries are good options as they’ll satiate hunger without going straight to your waistline or arteries, and they’re good for the brain, keeping you sharp when the game needs you to be.

Sleep is a vital part of a healthy lifestyle, but sometimes online gamers can reduce sleep to get more screen hours in. This is a one-way street to serious health issues, as sleep is vital for healing your heart and blood vessels and helping concentration. If you play late into the night, you’ll find you can concentrate less, and your performance will be impacted.

Therefore, ensure you stick to a proper sleep pattern; eight hours should always be the target. It doesn’t matter if you’re on a roll winning hand after hand, or your killstreak is as good as it has ever been; not sleeping will eventually impact your performance. Stick to a rigid routine, and you should maximize your potential in the game.

Pill Box Organiser: How to Keep Your Pills Organised and Handy

An Overview of Types of Depression Counselling

No confidence in H1b visa application? You can trust law firm!

Advice That Can Help You Manage Your Acne At Home