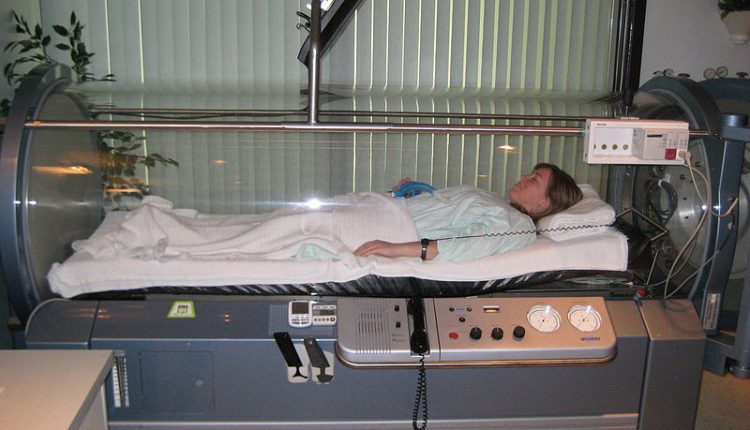 With today’s technology, there are numerous ways through which people can have their wounds treated. Wounds are normally quite painful and cause a lot of discomforts, however, with these newly invented methods of treatment, the whole process could be as painless as possible.

The therapy is used in the treatment of conditions such as carbon monoxide poisoning, laceration caused by diabetes, injury caused by radiation, and many others.

When it comes to wounds, the therapy works by bringing oxygen-filled blood tissues to those deprived of oxygen by the wounds. This will ensure that the body is not destroyed and there won’t be any swelling.

Hyperbaric oxygen therapy has numerous benefits to the body. They are as follows;

White blood cells are considered the soldiers in our bodies as they fight any disease-causing bacteria. In the process, a lot of them get destroyed leaving the body vulnerable to illnesses and other infections.

Hyperbaric oxygen therapy improves the number of white blood cells in the body thus giving the body an upper hand in the fight against diseases.

Improves the flow of blood and circulation in the body

The blood acts as a medium of transport and it not only ensures that each part of the body receives the required nutrients and oxygen but also helps to transport waste and other toxins to their point of excretion.

It is, therefore, crucial for the body to have a constant and uninterrupted flow of blood to ensure that all parts function appropriately.

Elevates the level of oxygen in the tissues

Oxygen is a vital gas in the human body. This is because most tissues depend on the gas for their proper functioning.

This therapy is bound to increase the level of oxygen in the body since the treatment involves the addition of pure oxygen to the body.

Lowers pain and inflammation on the wound

Wounds and injuries can be quite painful. More so, they can lead to swelling on the area of the skin that they are on.

The swelling deprives that area of oxygen leading to dead cells and tissues. This can be quite painful. The treatment reduces pain and swelling by having a constant flow of pure oxygen to the area with the inflammation.

Amplify the effectiveness of the medication

A doctor might prescribe antibiotics that promote the healing of tissues to be used for the wound. The majority of people do not like taking medication and would opt not to or if they have to it would be for a very short time.

Hyperbaric oxygen therapy increases the effectiveness of this medication thus ensuring that the medication will not only work fruitfully but also create a possibility for the medication to be taken for a shorter while than originally planned.

Any patient suffering especially from serious wounds that are not healing appropriately should consider hyperbaric oxygen therapy.

Some Of The Different Alternatives To Smoking

Does Stem Cell Therapy Work for Back Pain?